The death mask of Eva Perón 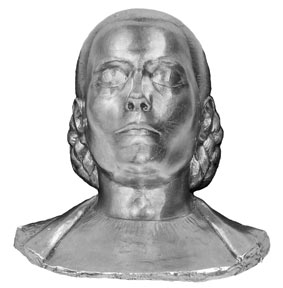 Eva Duarte Perón, the wife of General Juan Perón, who first came to power during the Depression, engendering union support through protectionism, is Argentina's most idolized historical figure. The radio and film actress is credited with the creation of hundreds of schools, hospitals and social programs, which greatly endeared her to the Argentine people, as the film reel in the Museo Evita in Buenos Aires attests. Taken from a moving vehicle, the film shows thousands of people neatly queueing for blocks and blocks for a chance to kneel at the coffin of the 33-year-old Evita, who in period posters elsewhere through the museum is sanctified as a "labor martyr" and depicted with hands closed in prayer. The film of her funeral at the beginning of the exhibit shows the extent to which Argentines fetishize her death. In the same room is a copy of her death mask. A visitor passes through the ornate rooms scented with rosewater where her dresses and doll-like shoes from Italy and her Parisian pocketbooks are encased, her voice emanating from footage of speeches she made, lines from her auto-biography and photographs of her, always perfectly adorned, amid squalid-looking children. At the end are six sterling silver tomb stones mounted to the wall, recording the six times her corpse was moved before reaching its final resting place (so it is said) in the Recoleta Cemetery at the fall of the dictatorship in 1976. 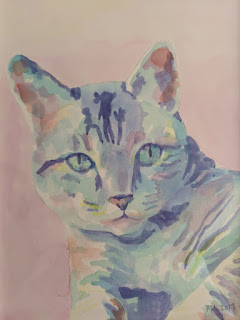 A eulogy to Little Kitty 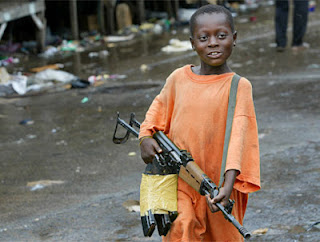